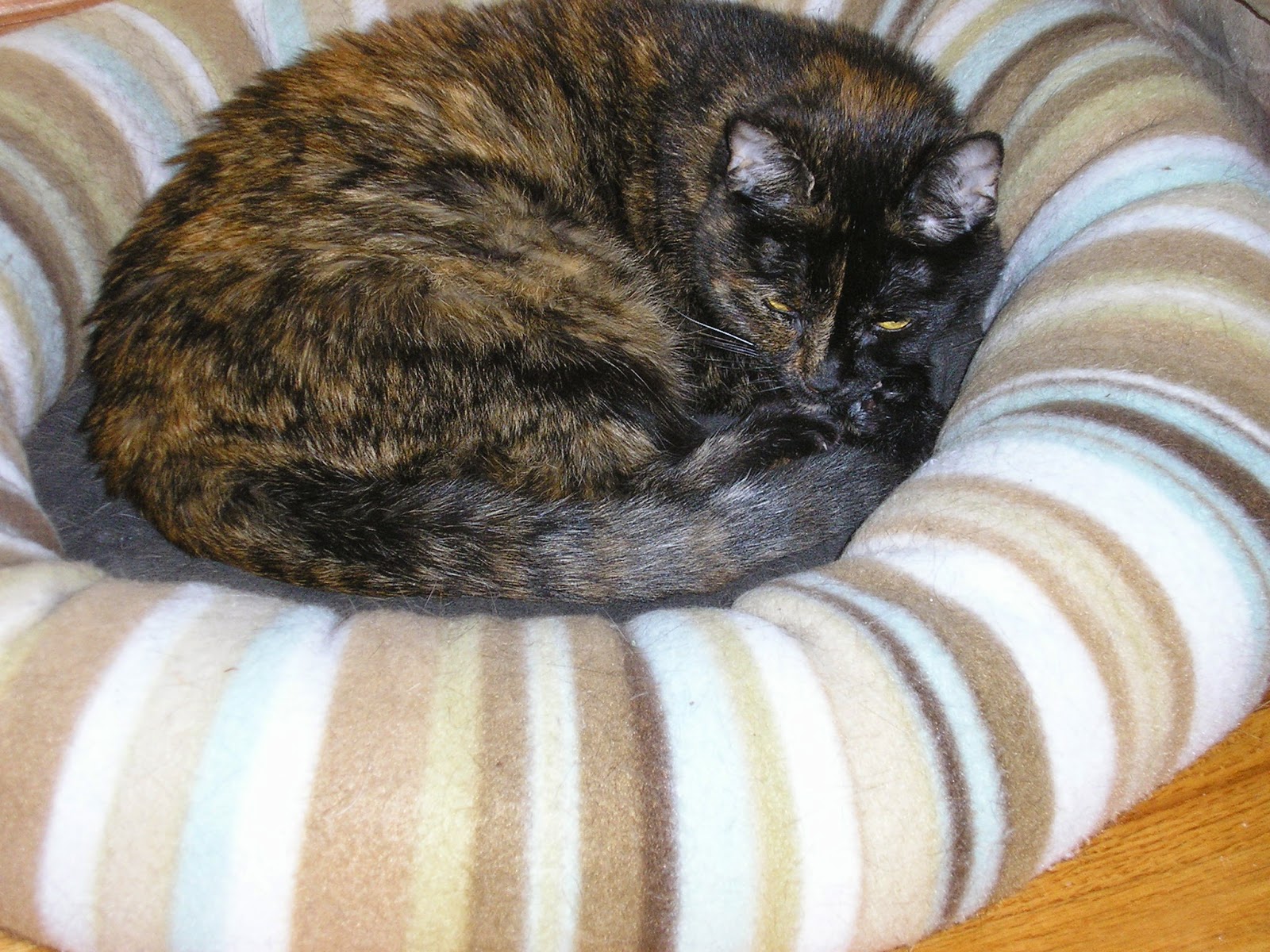 Our sweet old cat died in her sleep Tuesday morning, just two weeks short of her 19th birthday. In people years, that would be close to 100. If you can trust Google, she was just four years behind the world’s oldest living cat.
What were the secrets of her long life?
1. Eighteen years of naps.
2. On-demand breakfasts at 4 a.m.
3. A name that made her tough as you-know-what.
My generation will remember “A Boy Named Sue,” written by Shel Silverstein and sung by Johnny Cash, about a runaway dad who gave his boy a girly name so he would have to “get tough or die.” Another song by another John helped cast our cat's fate.
Marta was just 13 when she got this kitten for Christmas and named her Skitty Skat with a nod toward jazzy "scat singing" made popular at the time by Scatman John. Then Katy went on her fourth-grade field trip and discovered an earthier meaning for scat. They had sisterly disagreements over how to interpret or spell the name—and they are both spelling zealots.

Not until we were arranging for Skitty's burial did I realize that the vet's records—evidently filled out by Katy—listed her official name as “Scat.”
Wonder what the vets privately thought of us?
I don't think Skitty held it against us, though with cats you never really know.
Back when we were still living in Greenville, Skitty was the inspiration for Hall’s “Scat-Net,” a clever litterbox-cleaning device he contrived for the Invention Convention at League Academy.
By the time we moved to Boone, Skitty exuded seniority. She knew how to get her way. Long ago, probably during one of her insistent 4 a.m. feedings, I vowed to outlive her—which I think she took as a challenge. We grew old together.
For half of my adult life, she's been alongside. Now, our tortoise-haired matron has finally finished her race.
She helped us raise three great kids (not to mention a couple of fine dogs), tolerated our scatological humor, and occasionally blessed us with a contented purr. What more could you ask from a cat than that? Goodnight, Skitty.
Posted by Tom Layton at 10:23 PM

Email ThisBlogThis!Share to TwitterShare to FacebookShare to Pinterest
Labels: Family